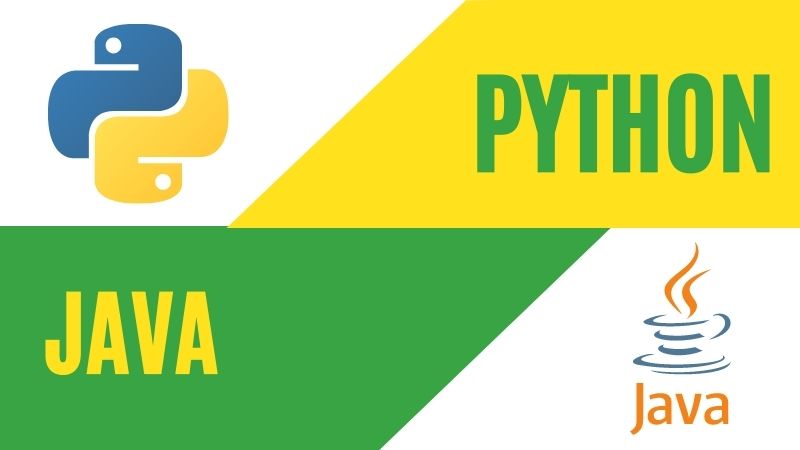 Modern businesses and software professionals are becoming more “polyglots.” It is able to work with a wider range of programming languages and libraries than ever before. The number of programming languages that a developer is likely to employ daily. And it has increased dramatically during the previous decade. Python vs Java is one of the main discussion topics.

These languages are reliable professional programming languages. It excels in terms of variety, efficiency, and automation. Both offer different advantages as well as disadvantages. Let’s see which one best fits your objectives.

Do Python and Java share some features or similarities?

Yes, they both do! Python is a high-level language that is strong, efficient, and legible, with good memory management. Java is an object-oriented programming language similar to C and C++ in syntax. Moreover, Java is the more established language, although Python has grown in popularity in recent years.

Despite their many variances, both languages have several characteristics, which are described below:

Now, let’s move to the details of Python vs Java.

Multiple extensions and denotations use in Java code and formatting. Furthermore, the reference points separates into phases. Python’s code and style, on the other hand, is more linear and less distributed. This makes it easier to understand. As a result, Python is preferable to Java in terms of code readability and formatting.

Python and Java both generate bytecode and run it on virtual machines. Python, on the other hand, compiles code during runtime. Whereas, Java compiles code ahead of time and distributes the bytecode.

This considerably improves performance thanks to a just-in-time compiler that immediately turns all Java code into native code. Java outperforms Python in terms of performance, since Python does not provide native performance.

Having said that, you may improve Python speed by using efficient programming and frameworks. With Cython, for example, you can obtain C++ like performance with Python code.

The fact that Java is statically typed but Python is dynamically typed is one of the most significant contrasts between the two languages. The names of variables, as well as their types, explicitly define in Java. When you try to assign the wrong kind of object to a variable name, it will throw an error.

In most statically typed languages, the variable can define at build time. You don’t need to declare anything because Python is a dynamically typed language. In Python, container objects may carry any sort of object. It includes lists and integers. It also eliminates the need to know the type of an item when retrieving it from a container because it does not require casting.

The fundamental advantage of static types is that they allow the compiler to do various sorts of verification and detect flaws early in the development process. It, however, comes with its own expense, which has an impact on production. Dynamically typed code validates types on the fly during execution. It allows you to create code faster because you don’t have to specify types every time. However, you may encounter errors as a result of the interpreter’s misinterpretation of the variable type.

The overhead of translation includes in compiled languages, but once completed, the code may load and perform an unlimited number of times. Interpreted languages, on the other hand, must be parsed, interpreted. And executed each time the program is run, increasing the cost of running the code.

Although we can develop a secure application with Python, Java comes out on top. Because of its advantages in security functionality and environment, Java often applies for designing banking apps.

Java contains security features like enhanced authentication and access control to assure security. It also allows you to access secret characteristics via public setters and getters.

Python, on the other hand, because everything is public, you may access it from anywhere at any time. It even lets you remove characteristics, something Java doesn’t allow.

Which is better to prefer among Python vs Java?

We cannot deny the fact that Python and Java are quite efficient programming languages. Python’s syntax is simple and attractive. In domains like Python web development, it’s a popular choice for scripting. And also for quick application development.

Java, on the other hand, is platform-independent, simple to learn, and extremely reliable. Java also comes with a number of helper libraries.

Let’s wrap it up!

Under the correct circumstances, both Python and Java provide considerable benefits. The best programming language for your project is ultimately determined by your requirements. Think about the pros and cons of these languages.

Overall, in the discussion of Python vs Java, Python is more straightforward. And also user-friendly programming languages that are easier to learn. Java, on the other hand, is a fast and safe language. And it should be chosen when speed and security are important considerations.