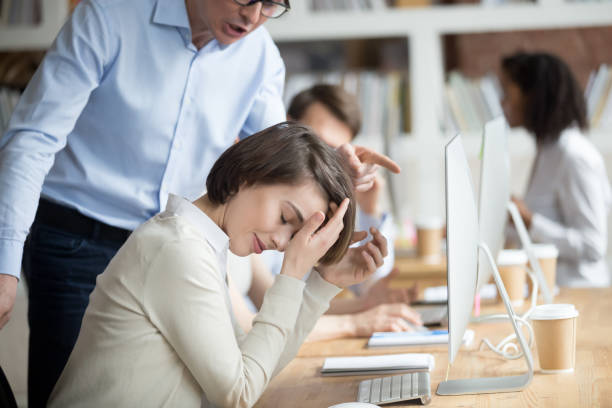 Regular workplace conflicts are unavoidable, whether they stem from a tight deadline, creative differences, or personal issues. While these disagreements are positive and necessary for advancement, they can severely affect productivity and create an unproductive and unpleasant work atmosphere if not managed properly.

Why Do Disputes Occur in The Workplace?

According to a 2014 study, 24% of polled employees have had at least one disagreement or argument at work that hurt their ability to do their duties. Work-related arguments over how to complete a task (21%), inability to follow procedures or rules (17%), and working conditions and hours (14%) were the leading causes of conflict. Relational issues, such as personal disagreements or harassment (13%) and maltreatment of coworkers (10%), are the next most prevalent sources of conflict. These disagreements in the workplace are especially destructive and unproductive because they have nothing to do with the actual work. Another international survey indicated that personality conflicts account for 49% of all workplace disagreements.

It is also important to note that the dynamics of workplace conflict vary by gender. The survey indicated that men are more likely than women to face professional conflict. However, while men prefer to quarrel over concerns linked to task performance, women’s confrontations are typically more personal, involving harassment or conflicting personalities.

How Does Disagreement in The Workplace Affect Productivity?

The most prevalent employee responses to workplace conflict, according to a New Zealand survey, were anger or annoyance (83%), stress (57%), anxiety and irritability (47%), loss of confidence (25%), and sleep issues (25%). Women reported experiencing greater stress as a result of these disagreements than men. Similar results were obtained in European research: Conflicts in the workplace have more severe emotional implications for women.

Assessing the amount to which this emotional stress affects productivity is more challenging. However, we know that over half of workers report being unable to focus or distracted at work, losing motivation and confidence, and even missing deadlines. 14% of individuals participating in the battle have taken time off due to emotional stress.

Conflict in the workplace depletes mental and emotional energy and takes valuable time. According to a second survey conducted in the United States and Europe, the average employee spends 2.1 hours per week attempting to resolve a problem somehow. That’s a full day, a month, or two and a half weeks lost to conflict yearly!

Furthermore, conflicts frequently drag on: More than one-third of disputes continue for more than one month. Employees are unable to attain their full potential and lose a month’s worth of productivity when interpersonal disagreements loom persistently over their heads.

This cost in time and the emotional impact of the conflict on the workplace might lead to more significant issues if no action is taken to address the conflict. Suppose no action is taken to manage mental and emotional stress and address persistent disagreements. In such a scenario, employee turnover may increase, costing the organization additional time and money and reducing the morale of all employees, including those not directly involved in the disagreement. Ultimately, these issues can damage the organization’s long-term prospects.

What Steps Can Be Taken When Conflicts Arise?

While the survey results highlight the negative effects of workplace conflict, it is crucial to realize that not all disagreement is negative. Ultimately, the most prevalent causes of conflict are work-related, and creative tension can result in constructive transformation within teams and organizations. To do this, effective managers must recognize when conflict is positive or negative. However, conflict management is essential in every circumstance since conflicts rarely resolve themselves. If not effectively managed, they escalate and can lead to positive tensions that, if not resolved, become a larger problem.

So, what must you do to handle conflict effectively? There is no magic recipe for solving challenges at work. However, the following suggestions may be useful:

Conflict in the workplace is inherent in any company due to human nature. Even though the causes of conflict might range from procedural challenges to personal attacks, it can have a detrimental influence on employees and their capacity to carry out their responsibilities within the business, resulting in decreased productivity. Conflict not only harms the mental and emotional health of employees, but it also consumes time that could be employed for productive work. However, when actions are taken to settle a disagreement, employees feel better, teams communicate more effectively, and businesses are more productive. Consequently, addressing and resolving conflict is crucial to the functioning of any company.