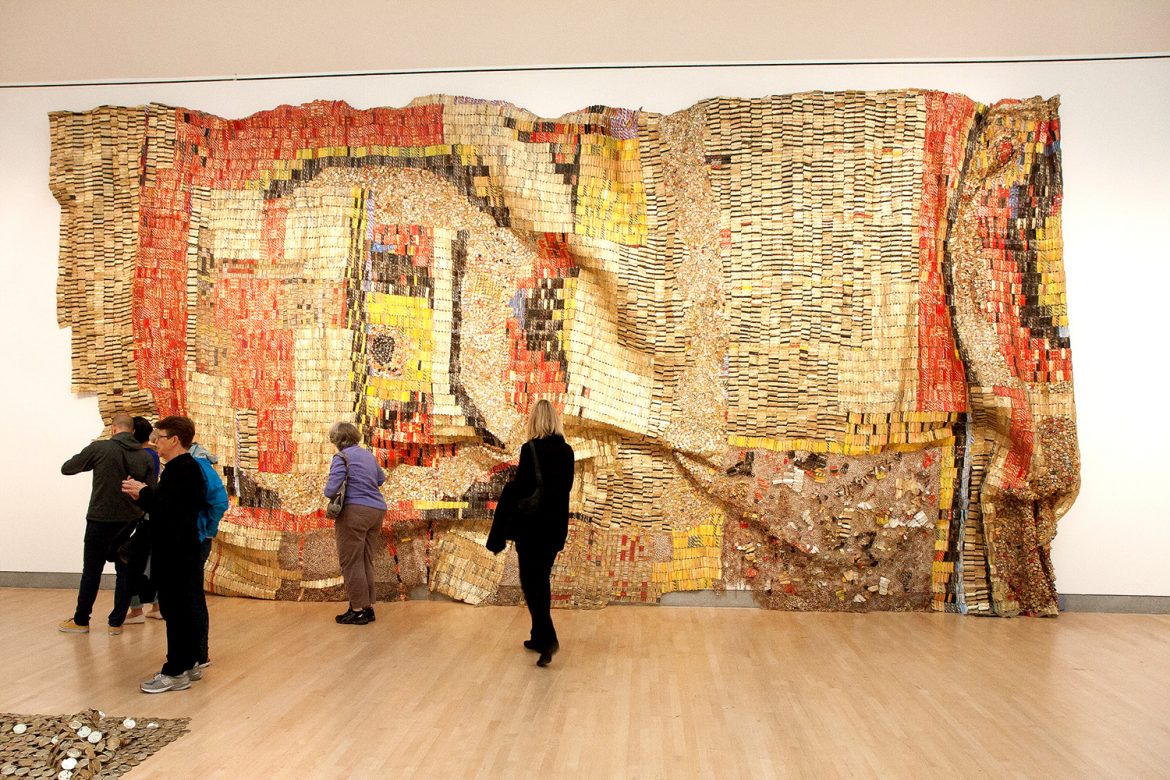 Western art history mostly focuses on art created in Europe. However, when we look closely, it is evident that many European artists were actually influenced by traditional African arts.

In the early 1900s, European artists such as Henri Matisse and Pablo Picasso started creating highly stylized sculptures of human figures similar to traditional African sculptures. Western artists such as Cezanne and Gauguin were in awe of the spiritual aspect of African art, and strove to reflect African qualities to their own paintings.

Even though African art inspired so many Modern artists, there was a lack of African Art representation in the Western world. Eventually, in 1989, Jean-Hubert Martin put together the show Magiciens de la Terre, which featured pieces by Senegalese artist Seni Camara, Republic of Côte d’Ivoire artist Frédéric Bruly Bouabré, and Nigerian Mike Chukwukelu. This revolutionary exhibition is one of the first examples of African art’s recognition by the European audience.

The art world has been featuring African arts and artists more and more ever since. We see established global institutions highlighting art from Africa. Contemporary African artists from different parts of the world are distinguishing their own styles to tackle colonialism, enforce multiculturalism in international platforms while highlighting traditional qualities of their homelands.

There are also numerous art events organized around the world that feature African contemporary art. The biggest global art fair in the world devoted to contemporary art from Africa is the Contemporary African Art Fair, 1-54. It has been taking place in New York City since 2013.

Among many contemporary African artists, we see a diverse selection of media and themes related to culture, heritage, and identity.

Agali Awamu (Togetherness) by Leilah Babirye, is a group of massive totemic figurative pinewood sculptures from the Black Atlantic exhibition, a public art show in Brooklyn Bridge Park, which highlighted the history of the transatlantic slave trade. The Ugandan artist carved out all of the large-scale figures by using traditional African techniques.

The main difference between contemporary and modern art is that contemporary artists make their voices heard without limiting themselves to any specific movement. Adopting traditional techniques and subject matters as well as making them all the more relatable to our time, they establish their own unique styles.

African artists lead the path in representing their heritage, traditional materials and practices while tackling worldwide issues in the global arena, and hence, continue to reach larger audiences by highlighting their cultural identities.