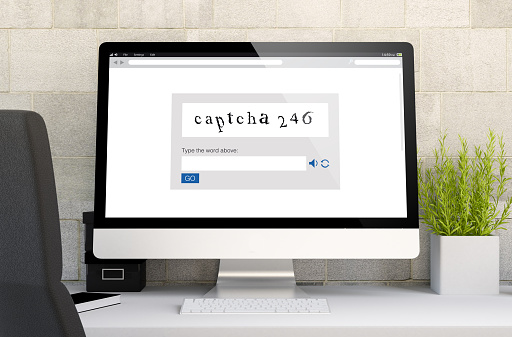 What if you have been asked about the Completely Automated Public Turing Test to tell Computers and Humans Apart” Then you may get confused if this is something from matrix but this is one of the most common things we have witnessed and if you still don’t know then it is Captcha that we all have been through. These checkboxes or distorted letterboxes are AI security behind websites that make sure that the user behind the screen is human and not a spam bot.

What Is Captcha Anyway?

Before we talk any further let’s discuss what Captcha is all about. Internet security has always been a greater challenge because spam bots and other AI bots could easily imitate human behavior which will let the AI behind the website or application thinks it is a human user. To cop this situation, the Turing test was introduced where some alphabets and numbers were shown in a distorted manner that can be guessed by the humans because of their natural OCR ability which AI don’t possess or at least not at the basic level, and these tests were interestingly successful and this Captcha was born.

It became a staple in internet security in the late ’90s and worked great so far that we can even see it today as well. A huge number of companies and organizations found this idea very beneficial for their data security and it was adapted heavily. Google, the founder, or Captcha made the code free to implement on the website which is still free to this date.

Where Captcha Are Working Great?

Captcha was adopted by a huge number of organizations and individuals around the globe because of its easy implementation. There were huge benefits witnessed by the people around such as:

Elimination of Spambots or just “Bots”

Before you say 2captcha API is also a bot to solve the Captcha, you should know that these bots don’t directly interrupt any security measures of the webpage which will appear fishy towards AI security. On the other hand, the Bots will be imitating the human behavior behind the screen and there are bots such as email bots, advertisement bots, and different kinds of malicious bots that can post spam comments, fake signups, and post links.

Also, they can send emails which they aren’t meant to. As mentioned earlier, Captcha with its Turing test will halt these bots to go any further. At least on the basic level of bot technology and even at semi advance level, Captcha can do a lot in terms of security making the internet a much safer place for content creators, entrepreneurs, and organizations.

However, the implementation of Captcha has been found to be helpful in reducing such fake registration but this has also made it difficult for the human users as well as they may need to use captcha app as Captcha can be hard to decipher for them.

The Implementation Is Easier

As mentioned earlier the Captcha is easier to implement on the websites. So easier that the developer can either embed in the code of the website while building the webpage or use some third-party plug-in. The implementation alone can make Captcha a great way to secure websites from spammers and hackers. And don’t worry 2captcha bot sort of Captcha solver isn’t harmful to the website because of their legitimate users.

Are There Only Word Captcha Types?

Though at the start there were only single Captcha types which were distorted letters and words over time with the advent in technology, things got much different and Captcha got so many types such as:

Don’t worry; this won’t be a match question from your high school as there will be some Captchas as simple as “ 18+19= ? ” and alike. Most of the use luckily will solve such Captcha without a hitch and ironically no bots can bypass this easily.

Though this Captcha isn’t mainstream right now biometrics is one of the essential parts of modern mobile devices and computers. However, it is suggested that on Mobile devices, it is possible that forums or signups may implement biometric verification just like the regular Captcha which could practically eliminate the bot users (at least now)

This Captcha is more about earning for the website while securing it from bots. Users will be given an ad of 15 Seconds or 20 seconds to watch before they can continue. While humans can wait, bots may not differentiate this concept and may not continue on the page until they could understand the Captcha.

Is Captcha Worth It?

So now addressing the elephant in the room, Captcha is helpful in so many ways. And so far, it has performed its duty so well and still doing it and the increasing use of anti captcha API is the proof of it. However, advanced spam bots are hard to eliminate for Captcha which makes it somewhat absolute as well but when it comes to basic internet security measures, Captcha is still doing great. 2captcha is your best Captcha solving service so when you are stuck on solving Captcha, you can solve it without a hitch and continue further.