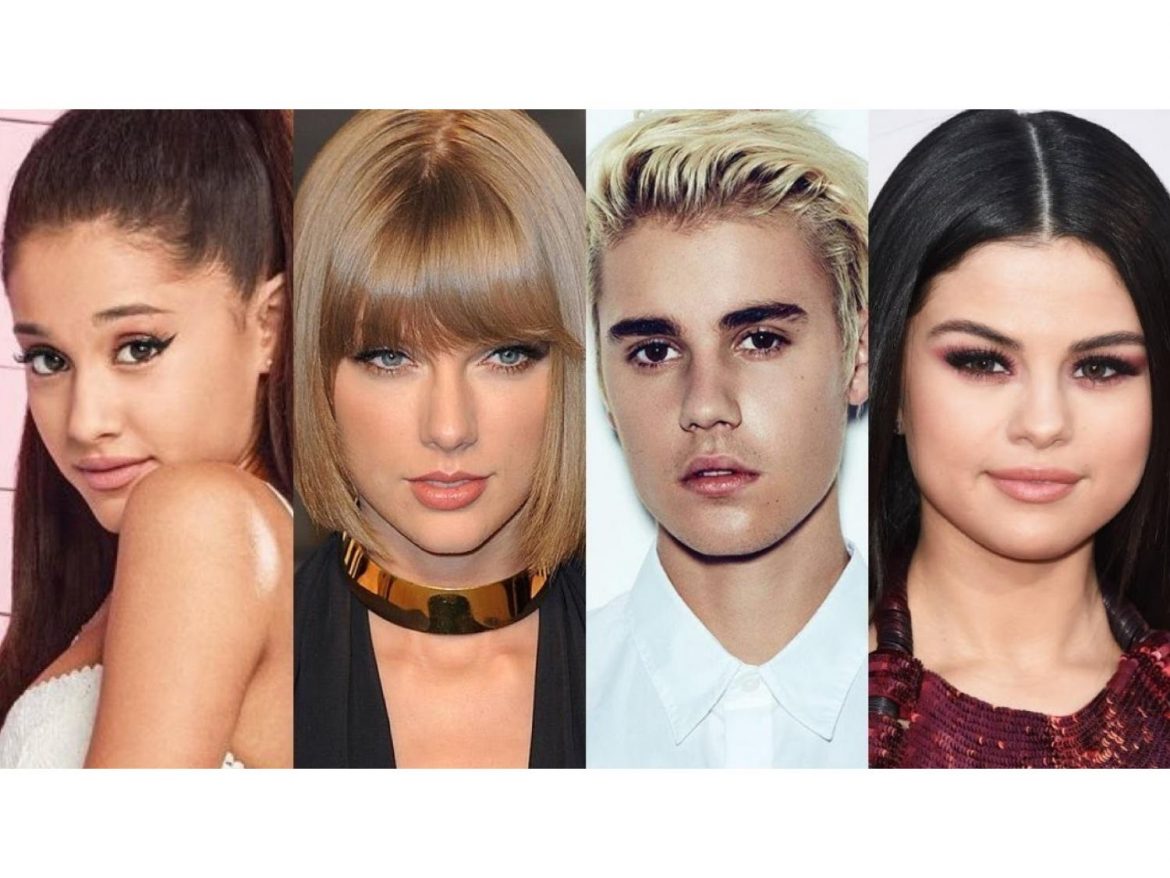 The world of music has given us so many singers that are great and unique in their way of singing. In 2022, we find a few singers who outperformed the others in terms of their popularity, fan following, hit songs, fantastic videography, and award-winning achievements. Here we come with the list of the top 10 most popular singers and music artists who have made their name in the field of music and singing and have made a huge fanbase worldwide.

Edward Christopher Sheeran, popularly known as Ed Sheeran, is a British singer and songwriter. With more than 52 million YouTube subscribers, Ed Sheeran became number one among the top 10 most popular singers in the world in 2022. After his blockbuster success with “Shape Of You,” he has made a huge fan following worldwide. After that, he released the song “Perfect,” which also became the reason for him to become familiar across the world. Ed Sheeran was born in Halifax, the United Kingdom, on February 17th, 1991. He is still active in the field of singing and music and offers his fans unique soundtracks.

Within a very short time, Billie Eilish has crossed many other singers of her era. With more than 45 million subscribers on YouTube and 104 million followers on Instagram, Billie Eilish has become one of the world’s most successful and famous singers. Billie has won 07 Grammy Awards and also successfully obtained a position as the youngest singer on the chart of Billboard Hot 100. Billie Eilish is a singer and songwriter based belongs to the USA. Billie was born in Los Angeles, California, United States. Her date of birth is December 18th, 2001. She is one of the world’s youngest singers; soon, her fans will see her with new and incredible soundtracks.

If you are an English music lover, you are undoubtedly familiar with Ariana Grande. Ariana Grande is an American singer, songwriter and actress. As well as this, she is also known as one of the biggest fashion icons and social media influencers. Ariana has 51.5 million Youtube subscribers. Moreover, she has 321 million followers on Instagram, making her the most famous singer and media personality in the world. She has won many achievements, including multiple Grammy Awards, Billboard Music Awards, and MTV music awards. She recently released the studio album “Positons,” which debuted at number one on the Billboard chart. Ariana Grande was born in Florida, United States and her date of birth is June 26th, 1993.

Taylor Swift is a singer, songwriter, and one of the all-time best-selling music artists. She comes among the most successful and famous singers. This is why we listed her at 4th number among the world’s top 10 singers in 2022. Taylor Swift has 46.8 million subscribers on YouTube. However, her versatile voice makes her the most admired singer. As well as this, she has also earned 218 million followers on Instagram. Taylor has launched her new album “Evermore,” which is her 9th album. Taylor Swift’s date of birth is December 13th, 1989, and she was born in West Reading, Pennsylvania, United States.

Adele is known as a singer and songwriter who has achieved many awards throughout her career, including Grammy Awards and Oscar. While enlisting the awards list, we find that she has won 1 Academy Award, 12 Brit Awards, 15 Grammy Awards, and 18 Billboard Music Awards. She faced many turmoils in her career, but she made a glorious comeback, and once again, her beautiful voice has won the hearts of her fans worldwide and became one of the most popular among people across the world. Currently, she has more than 28 million subscribers on YouTube. As well as this, more than 50 million people follow her on Instagram. Adele’s date of birth is May 5th, 1988. However, she was born in Tottenham, London, United States.

Lady Gaga is considered the most talented and bolded singer of this age. Lady Gaga is best known for her songs, including Bad Romance, Just Dance, and Poker Face. Lady Gaga has earned 21.7 million subscribers on YouTube. As well as this, 53.1 million followers follow her on Instagram. She has won many achievements. For example, she won many Grammy Awards and an Oscar in 2018. Lady Gaga was born on March 28th, 1986, in Lenox Hill Hospital, New York, United States.

Justin Bieber has ruled the music industry for more than a decade. However, today the news are circulating about his illness, Ramsy Hunt Syndrome. He has an immense fan following throughout the world. Justin has more than 64 million subscribers on YouTube. As well as this, more than 247 million users follow him on Instagram. His last hit song was “Sorry.” The video of this song has 3.5 billion views on YouTube, one of the most watched videos on YouTube. Justin Bieber was born in St. Joseph’s Hospital, London, Canada, on March 1st, 1994.

Shawn Mendes is a Canadian singer who released his debut album, Handwritten, in 2014. The release of this album has made him one of those five artists who released their debut albums under 18. The following two albums he released made him one of the third youngest artists who achieved three music albums at the top spot. Shawn has earned achievements, including 2 American Music Awards and 10 MTV Europe Awards.

Dua Lipa is a British singer born in London, United Kingdom, on August 22nd, 1995. Dua is well-known for her signature disco-pop sound. Dua Lipa has more than 85 million followers on Instagram and is considered one of the top 10 famous singers in the world.

With 16 million subscribers on YouTube and 64 million followers on Instagram, Camila is listed among the top 10 singers of the world in 2022. Camila is a Cuban-American singer and songwriter. She was born on March 3rd, 1997, in Cojímar, Cuba.

All these singers mentioned above have made their name in the world of music. Their fascinating voices, fantastic singing skills, exceptional songwriting, and incredible videography have made them unique among the singers of the world. For the latest updates about the world’s top singers, we invite you to visit Celebrity Basics – a platform that comes with interesting facts and the latest updates on the world’s celebrities.