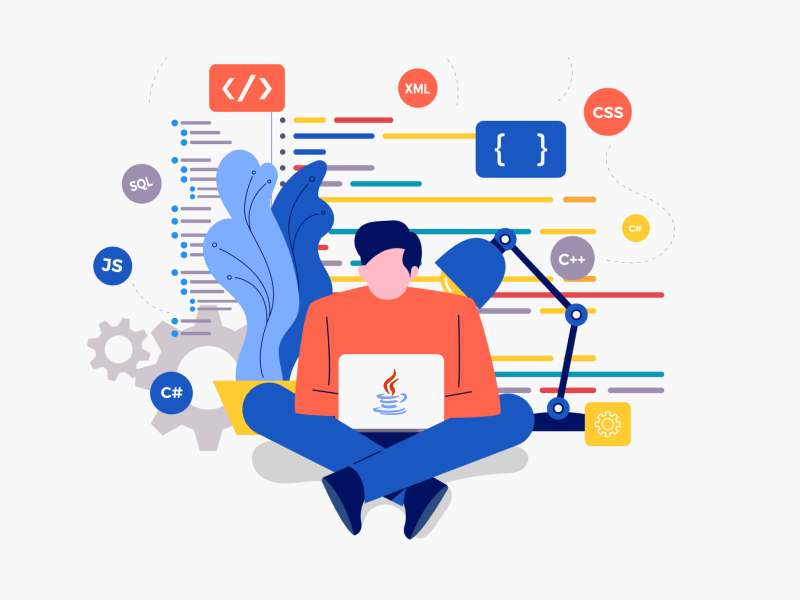 Java is still popular and has been ranked as the third most popular language in the past two years, making it one of the strongest languages.

So, if you still think Java is dead, read on for more clarity.

Even after existing for more than 26 years, the programming language is changing to keep up with technological advancements and trends in software creation. It is frequently used in various software development fields, such as online and mobile development, as well as in cutting-edge fields like big data, the internet of things, blockchain, and artificial intelligence (AI).

Java changed to a six-month new release cycle in 2018. In the past, Java updates were published every two to three years, but occasionally we had to wait six to seven years for a new version. But since Java 10, there have been two new releases per year, in March and September, putting the Java community at the forefront of innovation.

Naturally, the demand to hire java developers is increasing globally. There are currently close to 8 million Java programmers in the world. And this is one of the key justifications for why so many businesses use this language in their growth initiatives. It is simple for organizations to locate highly competent yet reasonably priced Java developers because of a large labour pool.

There are many advantages to learning java programming language. Some of its advantages are as follows: 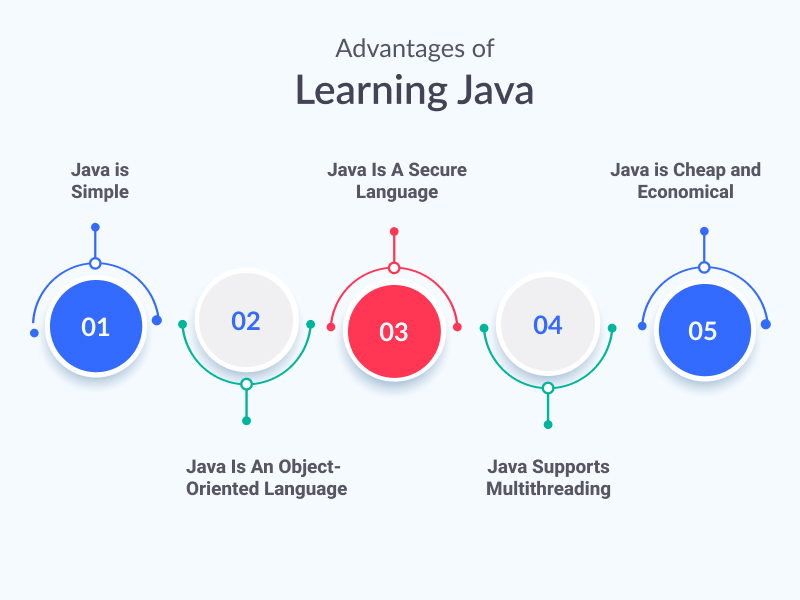 Java also simplifies the implementation of programs by eliminating all the difficult C and C++ elements like pointers, structures, and unions.

Java is an Object-Oriented Language

One of the main advantages of Java is that it is an object-oriented programming language. Everyone is aware of how complicated procedural languages are to use. Java is simpler to implement and secure when using the OOPs approach. OOPs ideas assist Java in resolving practical issues. Splitting up enormous code into smaller, labelled chunks also makes maintenance easier. 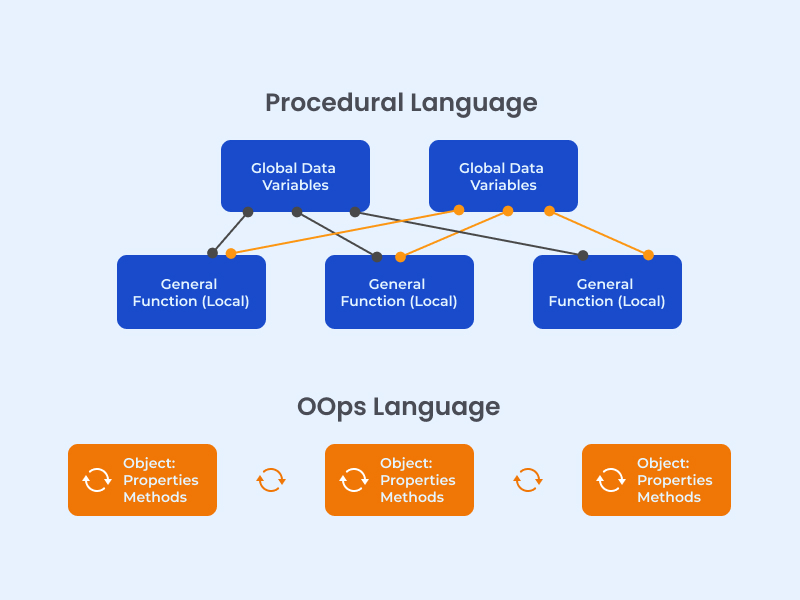 Java is a Secure Language

A thread is known as the smallest unit of a process. Multithreading is a crucial element to getting optimal CPU utilization. The programming language Java allows for multithreading. Java allows running several threads simultaneously. They share a single memory to improve the application’s effectiveness and performance. Each thread operates separately from the others. 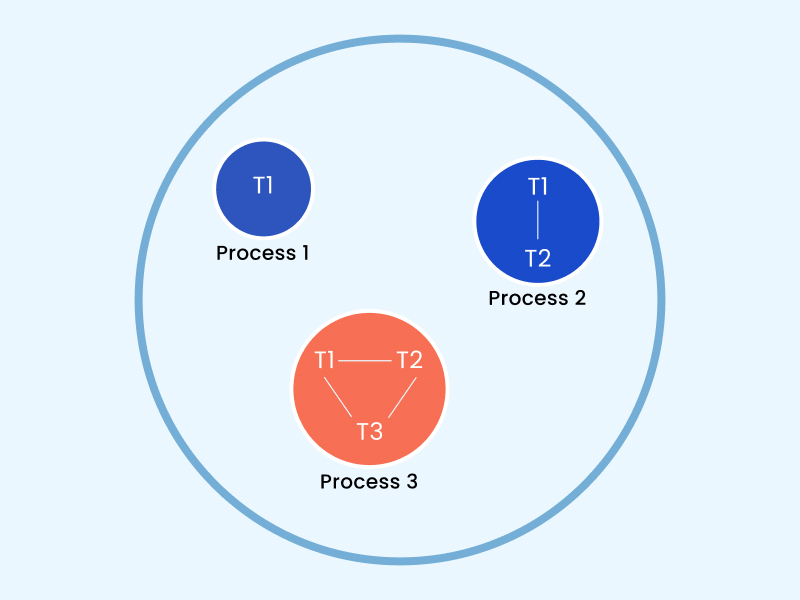 Java is inexpensive and simple to develop due to its straightforward structure. The language can operate on any computer, independent of the hardware, drastically lowering the development cost.

The following pointers show the relevance of the java programming language in 2022.

The job market is one of the most obvious signs of the usefulness of any programming language, including Java.

According to estimates, a java developer has one of the most in-demand job profiles today. You may find thousands of job posts of java web development companies for hiring java developers by looking quickly at some of the top employment websites, like Naukri.com, LinkedIn, Glassdoor, etc.

However, Java is a crucial programming ability due to both the demand and the pay that Java engineers receive. On average, Java developers, on an average, make INR 450,790 yearly, with individual salaries ranging from INR 2 Lakh to INR 10 Lakh based on experience.

Because of this, it is challenging to assume that Java is becoming obsolete when examining the health of the labour market for Java developers.

Even if you are not a coder, you must know or have heard that no programming language is perfect. Java is the same as the others, too. But up until recently, it remained the most frequently used programming language. And the main reason for that is the wide range of environments in which it can be applied.

Java Enterprise Edition (Java EE) is still the preferred Java-based platform to run enterprise applications. Businesses use Java EE to run their applications because of its platform freedom, support for most current hardware, and demand for fewer technical dependencies. Additionally, Java EE is scalable, simple to manage, and cost-effective.

Java’s general-purpose, versatile, and robust qualities make it the top choice for cloud computing and the Internet of Things development. The codes of developers for Android and the current market leader in mobile operating systems are written in Java.

Java is used to construct machine learning programs, build neural networks, and do many more AI-related things. Not to be overlooked is Java FX, a well-liked framework for building potent desktop GUI applications.

Java is, therefore, in a sense, practically unlimited and has applications in almost every facet of contemporary computing.

Let’s be honest: if a programming language is difficult to learn, few programmers will use it, regardless of how quick, effective, and versatile it is. And this is the area where Java shines.

Java syntaxes are some of the simplest and clearest lines of code to learn. Java is, in essence, a very programmer-friendly language.

Beginners who have problems remembering lengthy and intricate syntaxes will benefit the most from it. And this is truer still for professionals who learn it to diversify their job opportunities.

The abundance of thorough, high-quality tutorials on the internet makes learning Java even simpler. Additionally, there are several Java forums where novice and seasoned developers can get assistance from Java specialists.

These IDEs allow programmers to write code significantly more quickly while being effective and productive. These debuggers are effective software development tools as well. They assist programmers by pointing out errors in the code, alerting them to memory leaks, offering grammar suggestions, and more.

Java is often said to be a slow language, which must have been spoken by programmers aware of its drawbacks. However, Java has been around for 25 years and is still going strong. Additionally, 25 years is sufficient time to alter a language’s performance drastically.

Java’s real-world performance and code-optimization capabilities are among the main factors that lead to its widespread use by various businesses.

The JIT (just in time) compiler is used by Java to enhance run-time performance. To lessen the additional processing demands on the JVM, which is already loading the classes and other prerequisites for executing Java code, the compiler converts the Java Bytecode into machine code during run-time.

Although Java may not be the quickest language available, it is reliable and safe, which are two characteristics that are crucial for a high-performance language.

Java has many applications in today’s technological world. Java has incredible technological advancement capabilities, from AI to enterprise apps. Java is a topic that experts and developers discuss differently.

The Java Virtual Machine is well-liked by most people. It has many features to help you create high-quality solutions and is a fantastic development environment.

The fact that Java is still in excellent condition after 25 years gives developers every reason to be upbeat about the future.

Given that Java plays a significant role in creating numerous IoT, AI, big data, and blockchain projects, it is reasonable to conclude that Java helps drive current IT advances.

It is up to businesses to focus on how they can utilize the programming language to the best of their advantage.